The bloodless coup that took place on 27 August 1985 brought in Major General (later General) Ibrahim Babangida as head of state (later president) and commander­in-chief of the Nigerian armed forces. Babangida retained most of the personnel of the Buhari regime, in one form or another. 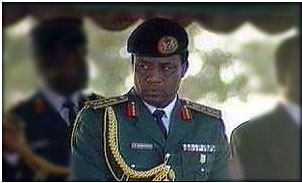 General Babangida accused the Buhari regime of failing to revamp the national economy that had declined so much during the civilian rule of 1979-83. Babangida also complained of massive fraud in the issuance of import licences and counter-trade agreement.

Shinaayomi Oyelana asked 2 months ago • Government
195 views0 answers0 votes
What are the roles of the respective components of Nigeria precolonial administration?
Open

ClassHall Instructor asked 3 years ago • Government
1269 views7 answers-1 votes
In Nigeria, what is the maximum number of years a president can stay in power?
Open