THE ORGAN OF SMELL

The nose (olfactory organ) is the organ of smell. It consists of groups of chemo receptors found in the epithelial lining of the upper portion of the nasal cavity. They are primary sense cells which form fine processes that extend into the surface film of mucus over the epithelium. Chemicals in the surrounding air dissolve in the mucus film and stimulate the chemo-receptors which send off sensory impulse through the olfactory nerves to the brain.

The sense of smell in dogs is acute. This makes dogs very efficient hunters so they can track and catch their prey easily and also sense the presence of predators and escape quickly. 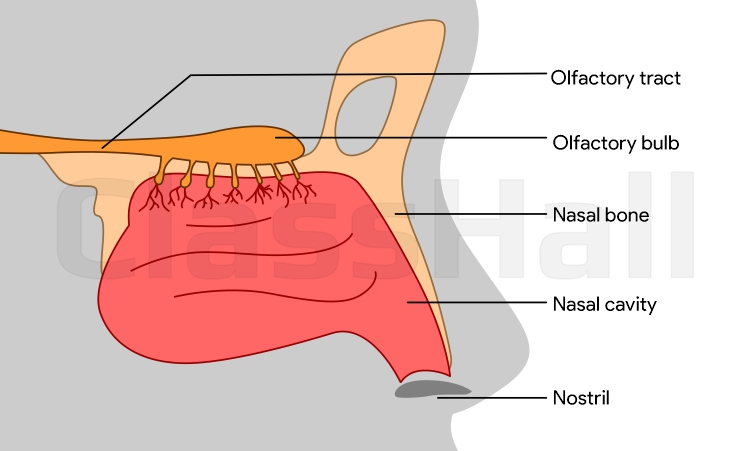 ClassHall Instructor asked 3 years ago • Lounge
10368 views0 answers3 votes
Is sunlight the only source of light for photosynthesis?
Open

Maryam asked 1 year ago • Biology
598 views3 answers0 votes
What is the function of HCl in the stomach?
Open

Zainab Ahmadu asked 1 year ago • Biology
990 views6 answers0 votes
Why are some fruits seasonal while others are always available?
Open

ClassHall Instructor asked 3 years ago • Agricultural Science, Biology
1719 views4 answers0 votes
What is the biological name for a rat?
Open