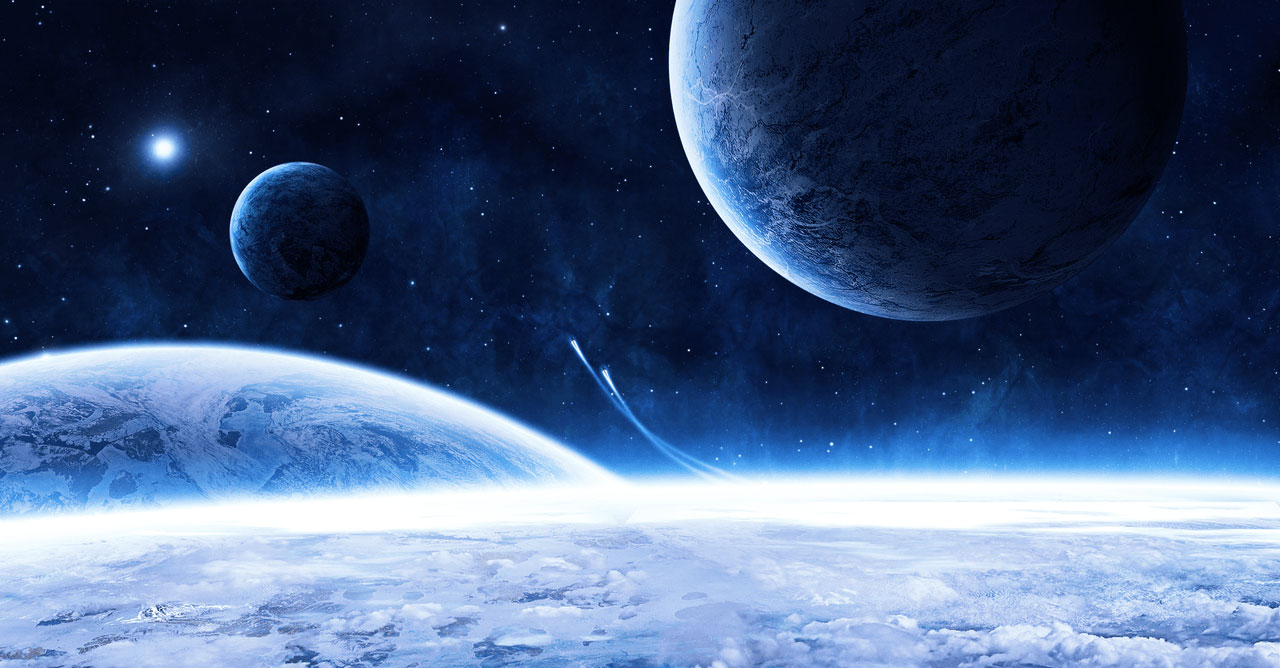 It was a dark, windy night in 4033. As the freezing cold breeze, cast patches of ice on the rocky land, the moons, Phobos and Deimos, retreated to their hiding place. It was one of those days, where the dusty, cold nature of the red planet, defiled human’s effort at a co-operation. The howling and fierceness of the wind cast an ominous air on this bleak night. For all the discomfort, fatigue and fears, I thought deeply on her last words, as I made my way to the sacred hut.

My thought was intercepted by a creepy sound from the cavern, which stood adjacent to a great rock, embedded in the hill side. “It is the 31st hour,” I muttered distractedly under my breadth. The thought of the rumored strange creatures, who were said to inhabit such rocky caverns, forced on me an increase in pace, amidst the numbness that enveloped me.

Now livid with fear and anxiety, I hurriedly made my way to the cave-like hut. Before passing its threshold, I paused to make sense of the carvings and mysterious inscriptions on her door and the walls of her hut: the more I looked, the less agitated I felt about coming into her presence, once again. One step brought me into her sitting room and seated there, as she probably has done for quite a long time, was the strange woman.

She looked pale and as white as death. Her vacant eyes held no mystery, no promise and no secret; the aura which graced her being was virile. Without blinking an eyelid, she beckoned to me. The events of the preceding hour escaped me, for I was once again in contact, and in the presence of the strange woman.
Acting as though I had received an unheard order, I made my way to one of the benches, shaped in sections of a circle and stretched myself on it. Although I was sore afraid, I comported myself with such decorum, as was only fit for the fearless. After what seemed like eternity, she rose up and moved about with a painful effort, succumbing now and again to the feverish triumph in her eyes. Making her way back to the rocky stool, she grabbed my arm, causing me to wince in pains and fear. “You’ve been ordained to locate and cleanse the lost planet”, she said. “When you do that, unearth my weary bones and take them with you to my father’s land.”
There was such anguish in the gush of the grief which accompanied her request: without considering the impossibility of such request, I nodded severally like an agama lizard. I saw a surge of relief lit up her face as she carefully walked towards her rocky chair, sighed and rested her bum on it.

“Before I came to live here,” she commenced, waiting no invitation to tell her story- “I lived in a beautiful, green planet: the cloud was clear, grasses green, fruits fresh and air, free and without toxicity. Life was beautiful and sweet.”

She adjusted slightly on her uncomfortable chair and continued with her story. “My name is Salsha and I am the daughter of one of earth’s renowned scientist.” Sensing my sullen face and the curiosity deeply seated in my heart, as reflected through my eyes, she paused, gave a deep yawn then continued. “The earth is the green planet and it is the most beautiful place in the world: the complexities of charging this atmosphere, to make it habitable for few weeks, the numerous ice caps and canyons, which have made life unbearable here, was something you would never find on mother earth. Everything spoke of His perfect design.” She said, nostalgically.

“What happened to mother earth?” said I, feeling a little dizzy and wanting her to get over with her strange story.
Retaining an emotionless face, she proceeded with her story without acknowledging my question.

“In 3963, dad worked hand in hand with the 100th successor of a powerful social media network(Facebook). Sam Zambina as he was called, was a stout, sturdy man of American descent; he was one whose technological expertise was unrivalled in all the earth. Although dad was Nigerian, he was a close ally to Sam Zambina. And just so you know, my dad was the most respected scientist in Nigeria, as at then.” I noticed a glint in her eyes when she said this: it was remarkable as it brought a glorious mien with it.

She stared at me for what seemed like a second, then persevered with her story. “Dad and Sam were constant companions working towards perfecting an invention. On one radiant Saturday morning, in 3964, dad broke the much awaited news of the perfected invention. With a glee in his eyes, that sheltered a pride that was built over time, he explained some scientific jargons that has made Facebook metamorphose into Mindbook. It has become a complex social networking of the minds, one which allowed access to another’s innermost thoughts, by merely looking intently at their pictures. What dad couldn’t read, was the future of this invention and how this baby beast, transformed into a ferocious monster, would be the bane of human’s continuous existence on such glorious planet.

I was becoming more interested in her little story. Before mom passed on, she had always talked about a ban placed on one “Mindbook” and how majority of persons decided to ostracize the daughter of one of the founders. Everything was beginning to make perfect sense.

I studied her covertly, hungering for her glance in my direction just to show I wouldn’t have condemned her, but she was focused on finishing her story.
“Majority of the nations of the world, who were already working together towards achieving world peace, by coming together, were in support of the weird invention; the misanthropic North Korea were however against the functionality of the recent invention. A podcast was later sent to leading scientist of South and North America, of the birth of a gruesome holocaust, if the news of Sam and Dad’s invention was announced officially to the world.”

The rainy night welcomed a misty morning. The old woman lay wearily on her scruffy bed, giving a weak snore at intervals. While meditating on her fascinating story in solitude, her husky voice kept recounting the details of the later part of the story. Her story, and the burden she had bore for years, was right there in my heart. I will continue it in her own words, only in a more condensed manner.

Damning the threat of North Korea, and supported by some major nations of the world, Sam Zambina came on air, to formally announce his perfected invention. I should be around fifteen then. Against my inclination, dad forced me to watch Sam; he looked robust and healthy but before he could finish up his rehearsed speech, he slumped and died. Lying on the bare floor, he looked asphyxiated.

Dad died much later: he would bark like a fierce hound, tear at anything that comes at him, and sometimes groan in pains. The excruciating pains he went through, during those final moments of his life, made mom give him the pills that would end his suffering. She never forgave herself for that.

Autopsy carried out on Sam and my beloved dad revealed that a deadly invisible missile, that was rumored to be developed in North Korea, was the possible cause of their death. The America’s ego had been screwed: being once, a world power, with many countries still loyal to them, a fierce war broke out. It was the third world war. Lives were lost, properties destroyed and destinies ruined. The once beautiful scenery of most of earth’s landscapes were turned into rumbles. It was a most trying time on earth.

Fearing a complete extinction of their tribe, Zhui Zhang, North Korea’s president, ordered Oui Chang, the greatest physicist of all time to release the deadly nuclear weapon. With an anti-radioactive blanket, they were able to protect themselves from its deadly waves.

It was a devastating war. Before the end of the first month, half of the world’s population was wiped out. As calculated by Osas Eigbenenoisa, a Nigerian Physicist, it would take less than three months for the world to be wiped out, and close to a century for the radiation to become ineffective in the exposed area.

Prior to this time, NASA had recorded remarkable progress, in obtaining Mars cooperation as regards human’s existence in it. Mom who worked as an analyst in NASA, was given preferential treatment in her escape from the doomed planet. Some other bourgeoisie bought their way through, and the rest of the unfortunate populace, were roasted alive in our once friendly planet.

She narrated the concluding aspect of her story with a gloom on her face. Looking guilt stricken, she said: “Thinking about how dad’s invention has brought ruination to man, I feel like the devil. I wasn’t ostracized as popular opinion goes. I have chosen this life, to make penance for dad’s terrible mistake”.

RELATED TO: The Lost Planet

Leave a reply Click here to cancel the reply