Home Lessons Latitudes and Longitudes
You must complete Introduction to Geography: Meaning, Scope and Importance of Geography to unlock this Lesson.

Latitude is an imaginary line drawn on the globe running from west to east. It is the angular distance of a point on the earth’s surface, measured in degrees from the centre of the earth. The earth is divided into equal halves – the northern and southern hemisphere by latitude (O0) called the equator. Other lines of latitude are parallel to the equator and to each other, hence, the latitude are also called parallels of latitude. 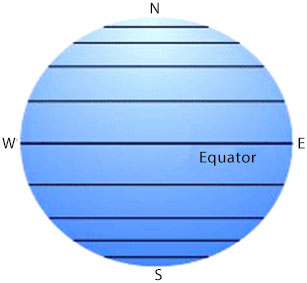 Lines of Latitude run from west to east

The major lines of latitude are:

These are diagrammatically shown below: 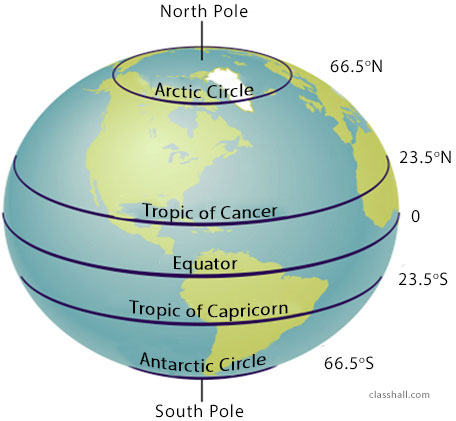 Back to: GEOGRAPHY – SS1 > First Term

ClassHall Instructor asked 4 years ago • Lounge
16025 views0 answers3 votes
Why do you think the Earth’s shape is geoid?
Open

Maryam asked 2 years ago • Geography
619 views3 answers0 votes
What is a plateau?
Open

Nana Hauwa Suberu asked 2 years ago • Geography
794 views8 answers0 votes
Where is the boundary of Russia in Europe?
Open

Chukwuebuka ikeonyishi answered 5 months ago • Geography
405 views1 answers0 votes
How much does the earth weigh?
Open

Victor Oludare answered 5 months ago • Geography
655 views8 answers-1 votes
How far is the sun to us?
Open

FUNMILOLA ATERE asked 2 years ago • Basic Science, Geography
2527 views10 answers0 votes
What is the best landscape in the world?
Open

For help with this, please contact us on any of our helplines.
© [2022] Spidaworks Digital - All rights reserved.
error: Alert: Content is protected !!