Outer Structure of the earth

Inner Structure of the earth

The Structure of the Earth

The External Structure of the Earth

These outer structures of the earth includes:

(iii) The Hydrosphere and 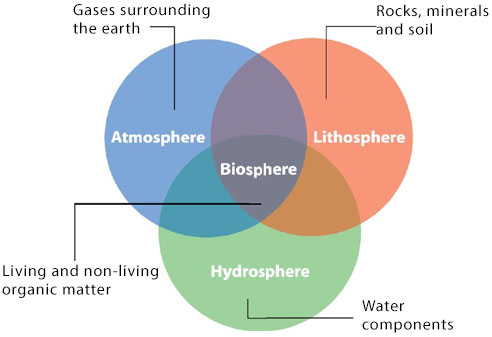 The Relationship between the Major Spheres of the Earth

The lithosphere which is the solid part of the earth is where all living organisms including man lives and survive; though not without the support of the other two spheres (Hydrosphere and Atmosphere).

You are viewing an excerpt of this lesson. Subscribing to the subject will give you access to the following:
Please subscribe for the subject to access this lesson.
Back to: GEOGRAPHY – SS1 > First Term

ClassHall Instructor asked 2 years ago • Lounge
2975 views0 answers5 votes
How much does the earth weigh?
Open

We are resetting the game!

ClassHall is built on game design principles, and the top performers are the MVPs!

By 11:59 pm Dec. 31st, 2019, we will reset all user performance data, including points and ranks to enable newcomers compete favourably for the limelight!

Earn a referral fee per user for recommending us to your students, colleagues and school admins.

Heard of our TRC?

We believe teachers should earn their full reward on earth!
Find out More

Congratulations to the TOP 5!